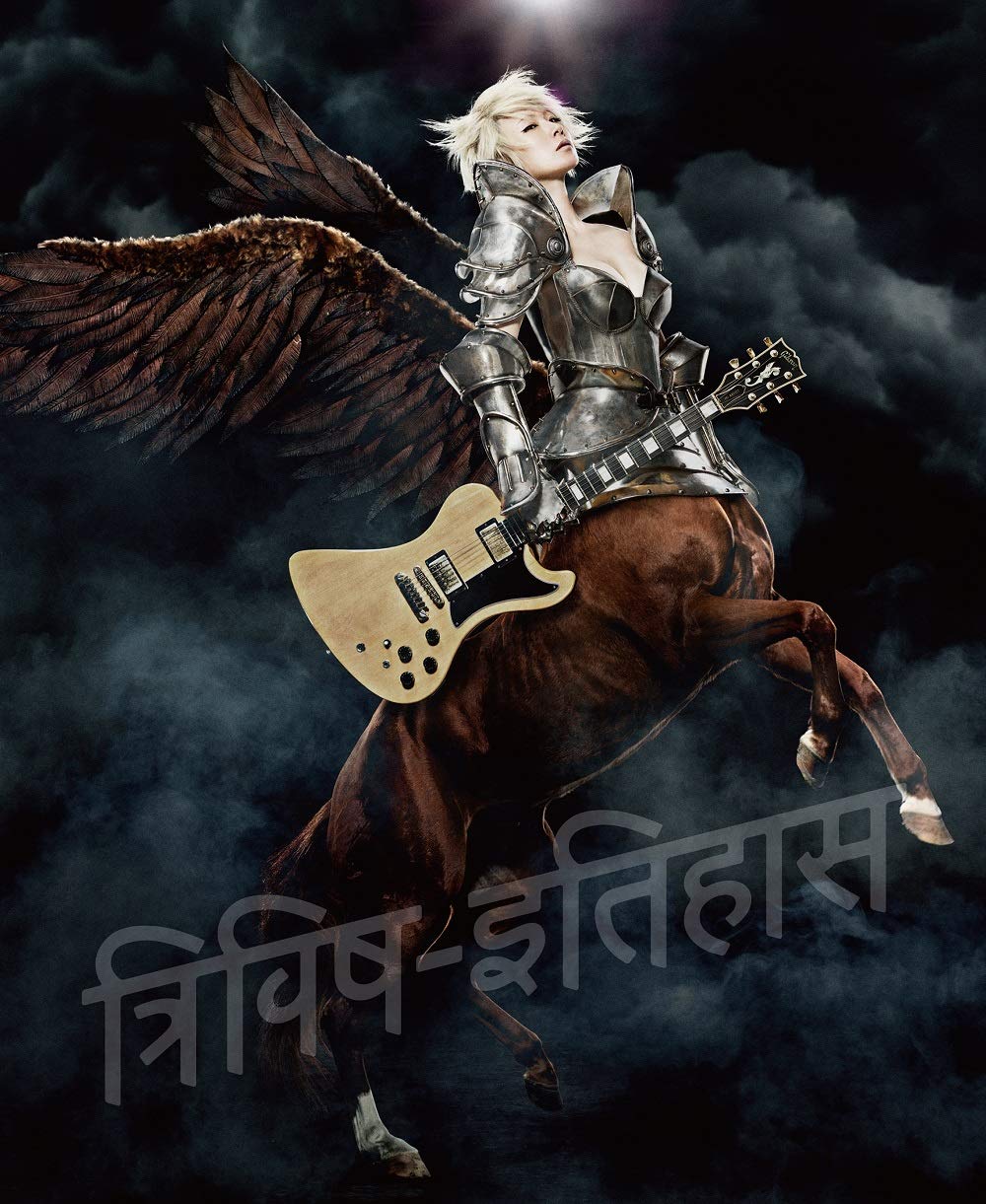 Well, it’s finally arrived, Shiina Ringo‘s long, long awaited sixth record, entitled ‘Sandokushi‘. It’s no secret that I’m not the biggest fan of her later output, I really didn’t enjoy ‘Hi Izuro Tokoro’ and I’ve been especially disgruntled by her most recent singles, so to say that I went in wary and with undeniable pre-determined bias is an understatement.

I did however, try to go in as open as possible for an album I’d already heard the majority of (as will be explained below). I’m not going to be treading old ground and comparing to anything from her ‘legacy’ releases either- that dead horse is fucking beat as it gets. I guess in a situation like this the main question is ‘Were there any more surprises to be found from the record?‘ Read on to find out.

So let’s start by having a look at what is actually on offer here. 13 tracks total, and at the point of it’s release date, only three left unheard. That’s already a pretty bad start for Ringo fans and enthusiasts, more disparagingly so because some of the songs are getting on a bit- some being almost five years old already. Secondly, outside of the ‘new’ compositions for this album, there doesn’t seem to be a real flow to the record, it’s almost juvenile in it’s composition as a whole. It definitely is reaching to say that it has a distinguishable theme other than that which Ringo has tacked on recently via Kronekodow.

But that’s not to say it’s 100% awful. Cast aside non existent album flow, blink and you’ll miss it non-gaps between songs for a second and just look at some of the separate songs. ‘Ma Cherie’ is quite nice (though was nicer in it’s Ringo Expo ’18 rendition), the faster, upbeat version of ‘Donzoko Made’ is decent, ‘Kamisama, Hotokesama’ is an oldie but a goodie, still the best single she’s released in the last few years. ‘TOKYO’ is an OK song, if bringing up an intense sense of déjà vu despite it’s stripped back arrangement. Finally the closer ‘Ano Yo no Mon’, is the most wonderfully creative Ringo has been in years, even if it never gets fully realized and seems to cut off just as things are about take off. The rest of the album, however, ranges from passable (opener ‘Niwatori to Hebi to Buta’) to downright nails on the chalkboard grating (HZM featuring song ‘Isogaba Maware’, ‘Jiyu-dom’ and this reviewers all time most hated but fan favorite, the somewhat now legendary ‘Nagaku Mijikai Matsuri’).

While it’s true that the titular “three poisons” mythology is certainly interesting, the Hansel and Gretel trail of corporate jingles scattered throughout rarely gives this idea time to bloom and reach a level that that can be truly believed; instead what is delivered is a strange absurdity that is, dare I say it, nearly deviant in nature. I feel Ringo really is trying to say something here, but the message is so misplaced and buried in the sea of its own camp that it gets bogged down and murky as soon as the album’s introductory track is over.

Which brings me to the real questions people should be taking into consideration from this album. Up until recently, Shiina Ringo had made a massive and dutiful point in killing off the earlier, edgier image that she had; in lieu of a classy, jazzy output, aimed at the high end, stay at home housewife market. Why then has she tried to integrate this faux edginess again? A fucking centaur? Is this a premeditated FUCK YOU or troll, or is it -and far more likely- a sort of midlife crisis or last hurrah; a reach back to them earlier days but coming off a little bit Madonna-like in the process?

Ultimately I think the answer might lie right there in the packaging. The booklet contains a picture of herself in a knights helmet from twenty years ago. With the Olympics upcoming and her talking about Sandokushi being the end of a 2nd trilogy of records, it will not surprise at all if this turns out to be her final album. It’s a damn shame then, that it’s a bit of a clunker, chock full of duets and only a few really meaty cuts.

5.5/10 In short, an interesting tone is set by Sandokushi, but never really explored. It’s a very mixed bag, and it definitely can’t be denied that it’s truly a compilation rather than an album- which is very disappointing because the mythology and concept Ringo has created is by far the most interesting aspect of the album (even if it really only applies on a superficial level). If it does turn out to be the last album by her ever, at least it carries with it a certain ‘WTF‘ aspect that is almost admirable.

I still can’t unsee that album cover though, yeesh.